In this hand of Original Pilatch you complete a Ten-to-King straight with your Queen of Rock, and you have the option of using your King of Scissors as well. 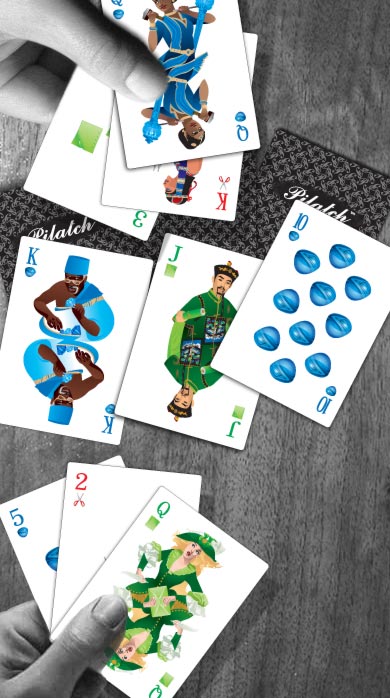 When you reveal your hand, you must decide which cards to use in your straight.

Did you choose to use the King of Scissors?

It doesn't matter in this case. Your opponent's Paper Queen has your Rock Queen under wraps.

In this case Queen is the determining rank because it's the highest non-community rank that each player's straight has in common. If your opponent also had a King in hand, and chose to use it in her straight, then your Kings would fight it out instead.